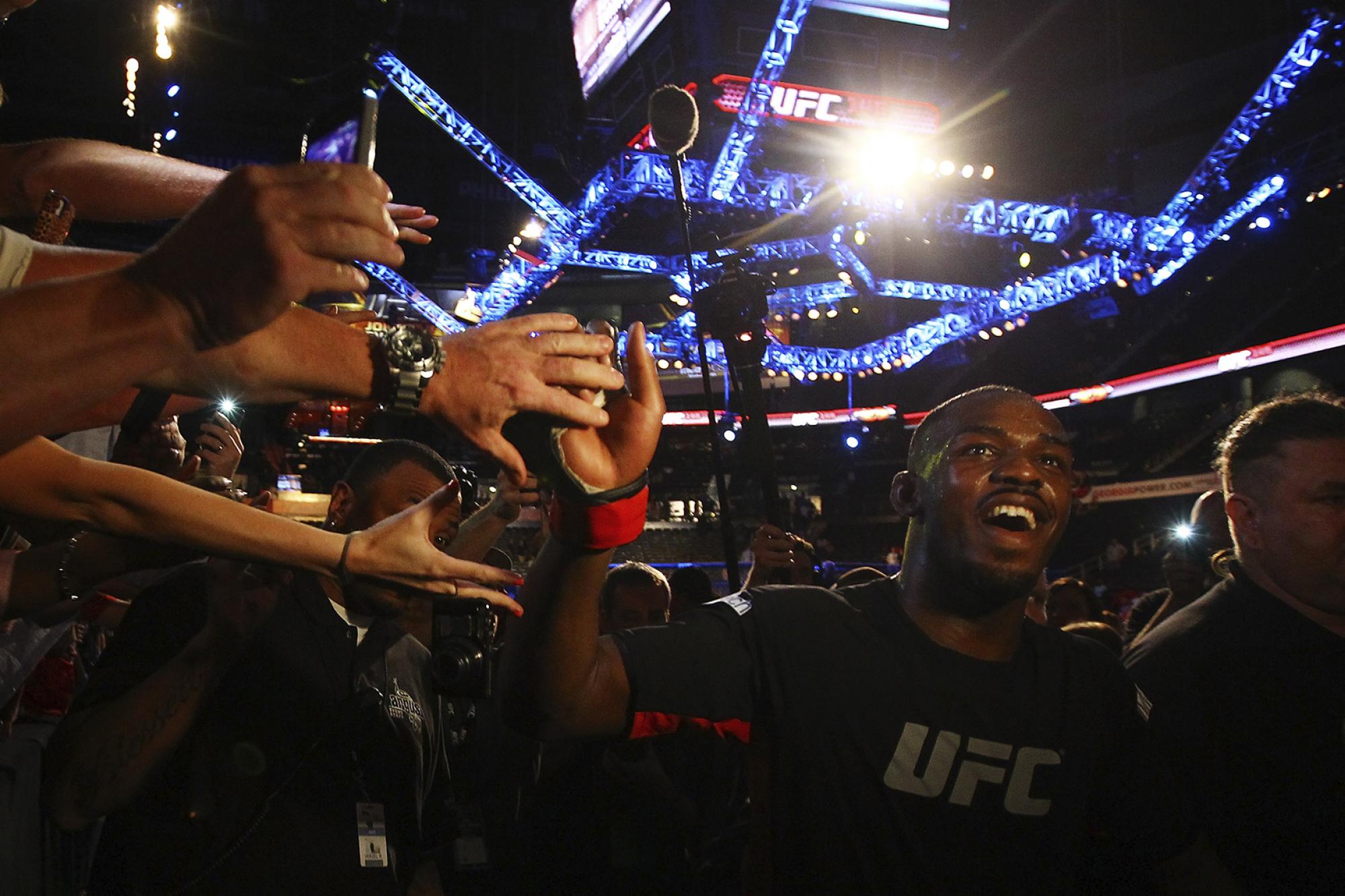 On April 13, the Octagon returns to Atlanta for the fourth time with a UFC 236 card that features a championship doubleheader and a stacked slate of intriguing bouts. That’s no surprise, as the promotion has always brought the big guns to the Georgia capital.

This week, we take a look back at the UFC’s previous trips to Atlanta, with today’s installment reliving UFC 145 from 2012. 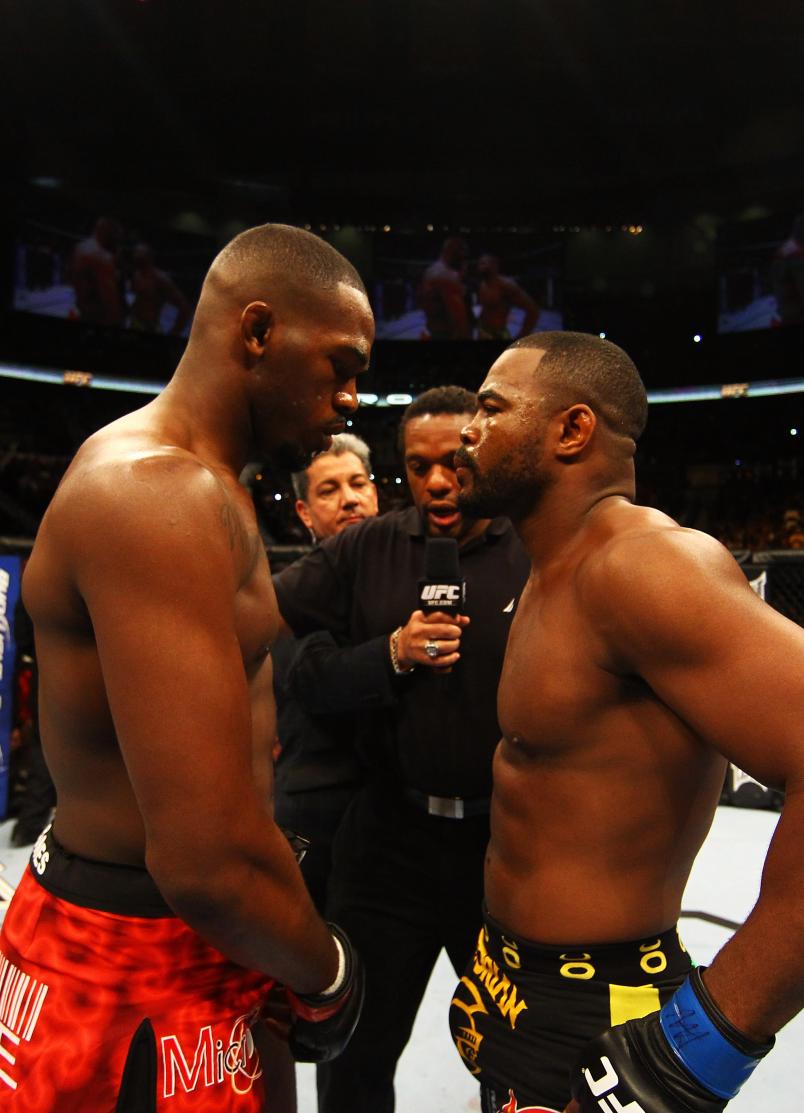 See, all was well and good between the two light heavyweight stars before Evans was forced out of a UFC 128 title fight against “Shogun” Rua due to injury. Jones was selected to replace Evans, and while all was good for a spell, by the time Jones beat Rua for the title in March 2011, the two had split, and a feud had started.

Jones went on to successfully defend his crown twice against Quinton Jackson and Lyoto Machida, while Evans beat Tito Ortiz and Phil Davis, setting up the UFC 145 SuperFight in April 2012.

“What I’m most excited for in this fight is to prove that I learned more training with him than he learned training with me,” said Jones before the fight, and while much of the talk for the previous year had been about Evans, “Bones” didn’t get jaded when it came to answering questions about his former training partner. 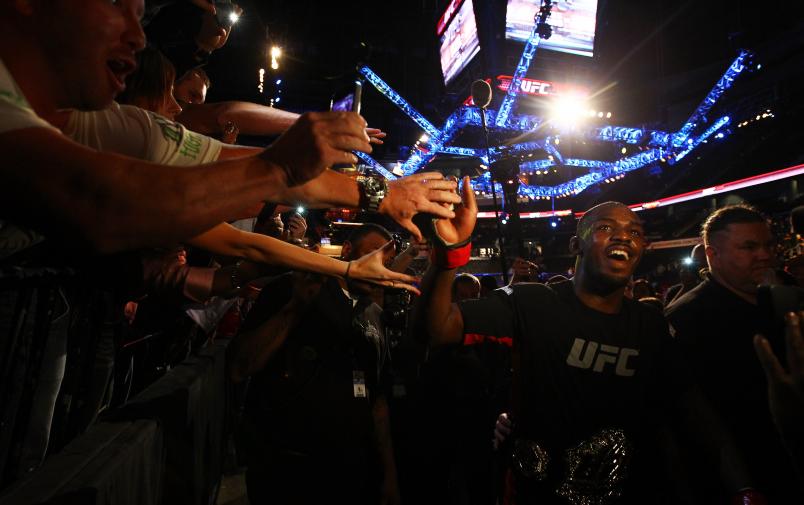 “I’m not tired of talking about Rashad,” he said. “I’m tired of the whole drama of the fight. I can talk about Rashad all day; it’s a part of the fight game and you gotta talk. But the drama part of it is getting old, like him calling me fake but really never having a real reason why I’m fake. It’s kinda lame now. It’s like, come up with something new, bro. Talk about my skill set, but don’t keep calling me fake and then when I ask you why I’m fake, you’ve got no reason. Or when I ask him why I’m cocky and he says ‘oh, because you believe in yourself and you think you’re not gonna lose.’ That’s corny. I’m the champion and I do believe in myself. Come up with a good one at least.”

As for Evans, a former world champ who was a master of the mental game, he was a nightmare matchup for Jones on paper and confident of regaining his crown, but on fight night in Atlanta, there was no stopping “Bones,” as he put together a near-shutout performance in decisioning Evans via scores of 50-45 and 49-46 twice. It was the latest world champion to be put on Jones’ victims’ list, with Vitor Belfort getting added by the end of 2012. As for Evans, he would never challenge for a world title again, but wins over Dan Henderson and Chael Sonnen kept him among the best in the game until his retirement last year. 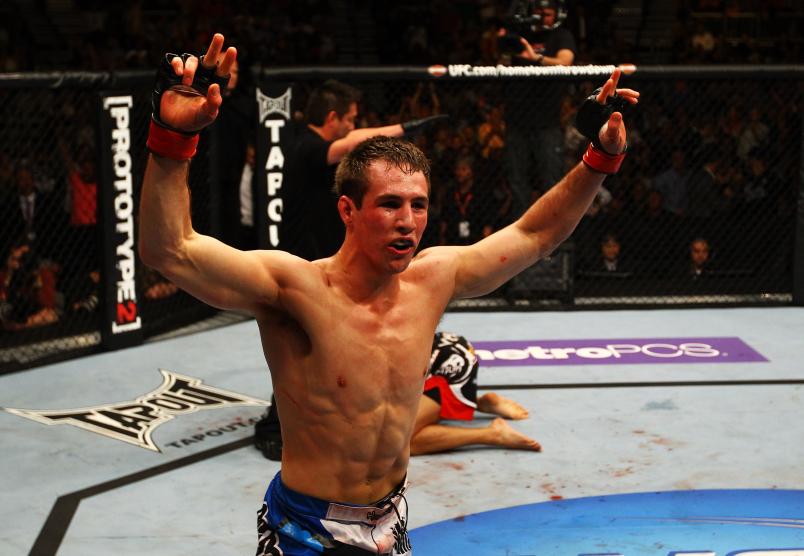 ATLANTA, GA - APRIL 21: Rory MacDonald celebrates as he defeats Che Mills by TKO during their welterweight bout for UFC 145 at Philips Arena on April 21, 2012 in Atlanta, Georgia. (Photo by Al Bello/Zuffa LLC/Zuffa LLC via Getty Images)

As for the rest of the card, welterweight contender Rory MacDonald extended his winning streak to three with a blistering second-round stoppage of Che Mills, another young gun – Michael McDonald – halted former WEC champ Miguel Angel Torres, and Ben Rothwell scored his first UFC finish by knocking out Brendan Schaub in 70 seconds.

Submission of the Night honors went to heavyweight contender Travis Browne, who finished Chad Griggs with an arm triangle in the first round, and the Fight of the Night was a featherweight war that saw Eddie Yagin upset Mark Hominick.