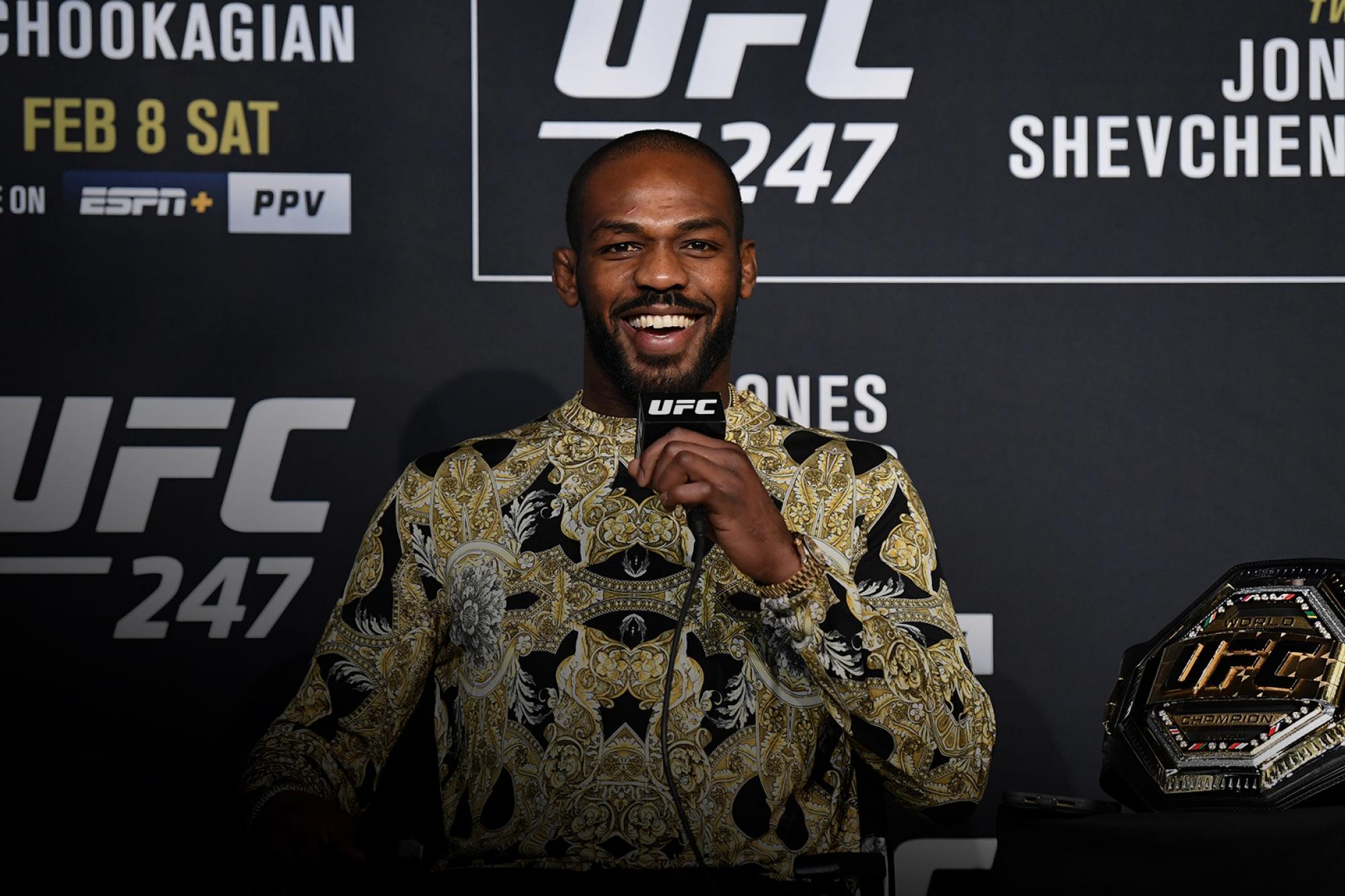 Light heavyweight champion Jon Jones discusses what his upcoming fights might mean for his legacy.
By Jon Gagnon • Feb. 6, 2020

The pressure of being a UFC champion never seems to end. The moment you win, the world wants to know who’s next. In some cases, those questions pop up even before the impending title fight has taken place.

That seems to be what’s happening right now with light heavyweight champion, Jon Jones, who is preparing to defend his belt against Dominick Reyes at UFC 247 on Saturday.

What makes the question more intriguing is that the speculation of who Jones’ next opponent will be revolves around two fighters who aren’t even in Jones’ division: middleweight champion Israel Adesanya, and heavyweight champion Stipe Miocic.

A heavyweight belt would add a massive piece to Jones’ legacy. He doesn’t brush off the possibility, but he makes it clear he’s content staying at 205 pounds.

“If I don’t get the second title, I’m fine with staying at light heavyweight for the next six or seven years and whooping up on those guys,” Jones said.

UFC.com sat down with Jones to discuss his fight against Reyes and potential fights with Adesanya and Miocic.

UFC: Is the bad blood between you and Dominick Reyes real? Where does he rank among your rivals? 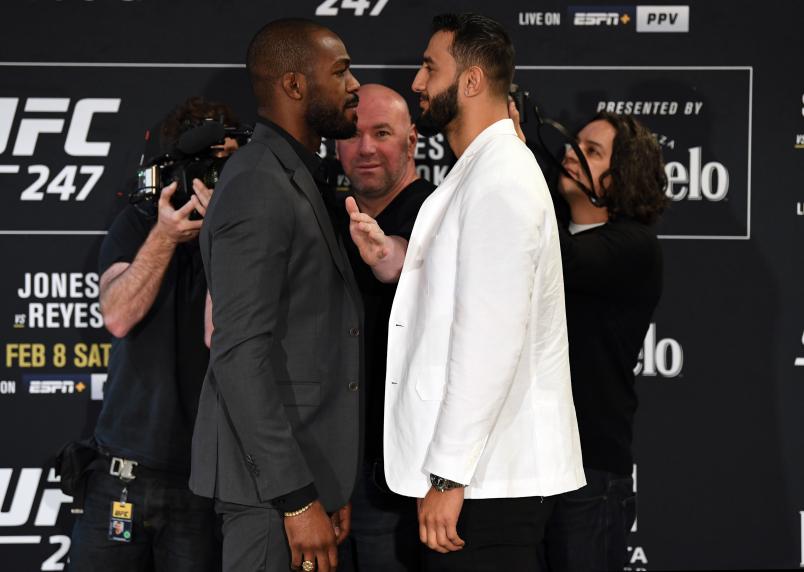 Jon Jones: The bad blood I have with Daniel (Cormier) will be hard to be matched by anyone else. Dominick has made some comments, most of them don’t seem very thought out. He doesn’t get under my skin any more than anyone else ever had. I have a strong feeling I’m going to make him eat his words.

UFC: There’s a lot of chatter about you moving up to heavyweight to fight champion Stipe Miocic. Why now?

JJ: I’m in no hurry to fight Stipe. I know I change my answers to questions all the time. The fans would like to see me fight him. I believe that beating him could become one of the easiest ways of becoming the heavyweight champion. But at the same time, I’m happy in the land that I’m in. If the UFC comes to me and offers me a big title fight against Stipe for big dollars, I’m obviously going to take that.

UFC: What excites you about the move to heavyweight? Is it the best way to add to your legacy?

JJ: Absolutely. I’m always getting thrown in with greatest fighters of all-time. I think the reason it’s even an argument is because I haven’t secured a second belt. Once I do that, it won’t be much of an argument anymore.

JJ: The guy is afraid. Today he’s afraid. Greg Jackson teaches me to listen and what I hear is, “I can’t beat Jon Jones today.” Once I know that, that a man feels like he can’t beat me today and he needs another year, that’s all I need to know.