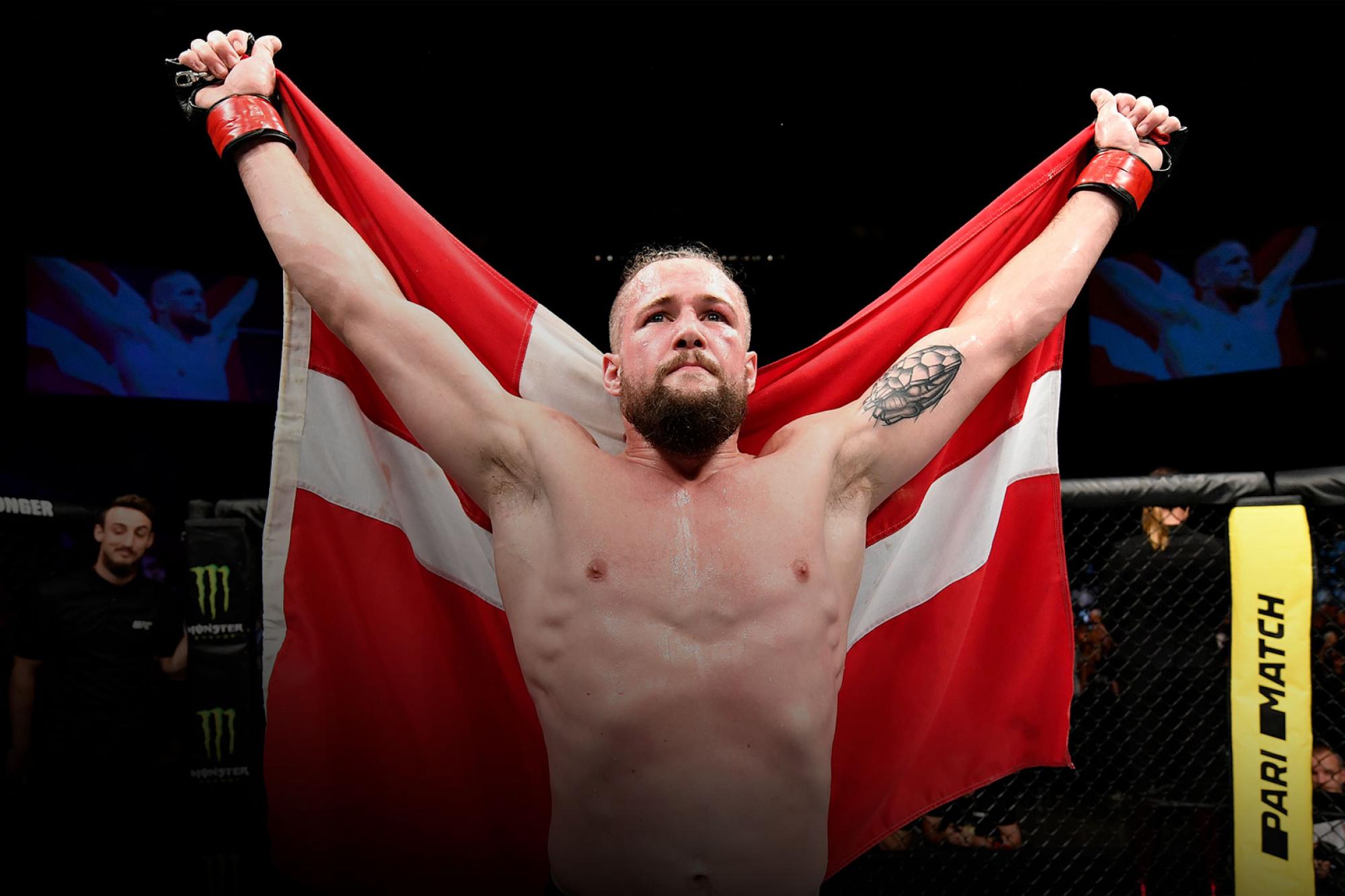 Nicolas Dalby Is Hungrier Than Ever

Nicolas Dalby's return to the UFC was a triumphant one, but he doesn't want a win in his return bout to be all he does with his second chance.
By Gavin Porter, On Twitter @PorterUFCNews • Jul. 21, 2020

Nicolas Dalby’s return to the UFC was like a movie.

After being released by the promotion in 2016, Dalby fought his way back onto the UFC’s radar in 2019. His second stint in the Octagon would begin in Dalby’s hometown of Copenhagen, Denmark against the highly respected Alex “Cowboy” Oliveira.

The bout was an ultra-competitive battle, but despite Oliveira’s efforts, the night belonged to the Dane. That night and that victory won’t be one that Dalby will ever forget, as it gave him an opportunity to have a second chance at chasing his UFC dream.

Dalby’s UFC Fight Island 3 opponent, Jesse Ronson, is looking for a similar comeback story, as the Canadian will be making his first UFC appearance since 2014. And while Dalby knows that this version of Ronson will be the most dangerous to date, he believes that he will leave Yas Island with the win. 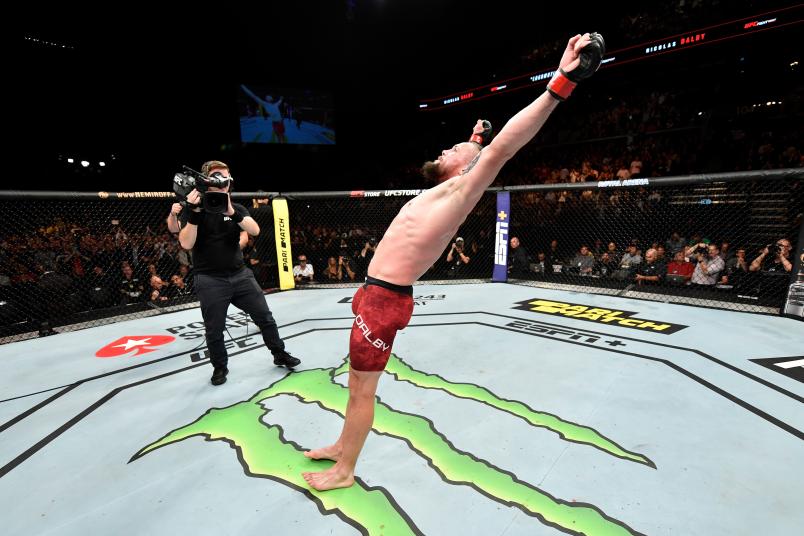 COPENHAGEN, DENMARK - SEPTEMBER 28: Nicolas Dalby of Denmark celebrates his victory over Alex Oliveira of Brazil in their welterweight bout during the UFC Fight Night event at Royal Arena on September 28, 2019 in Copenhagen, Denmark. (Photo by Jeff Bottar

The 35-year-old welterweight wasn’t initially scheduled to fight Ronson, but about a month ago he received word that Danny Roberts was forced to withdraw from the match. But the truth is that it didn’t matter who Dalby would end up facing in the Octagon, he just wanted to fight.

“I’m really excited for this fight because I had so many fights in a short amount of time in 2018 and 2019 and now, I’ve been going a long time without one. So I’ve been feeling even more hungry for the fight,” Dalby said. “It was unfortunate that my scheduled opponent dropped out, but at that moment I was like, ‘Get me anyone. Give me Robbie Lawler.’ (chuckles). Give me whoever, I don’t care; I just want to go and fight on Fight Island. So, I’m very excited for this fight, for my opponent and for being here.”

When discussing Ronson’s UFC tenure, Dalby is quick to point out who he faced and the fact that Ronson lost all three bouts against Kevin Lee, Francisco Trinaldo and Michel Prazeres by split decision. Competing with a guy who was able to push Lee, Trinaldo and Prazeres excites Dalby and has him dreaming of the type of fight that will have fans glued to their television sets.

“What I know about Jesse Ronson is that he is a very durable fighter. He’s taken Trinaldo and Kevin Lee to a split decision, they were losses on his part but still split decisions against those guys so I think that says a lot about how he can really draw out fights and make guys work,” Dalby said. “I’m very excited for the fight because he’s got a great variety of tools so I think this will be a very exciting back-and-forth battle. I will be going in to finish it; he surely will be, as well.”

“I think it’s going to be a spectacular finish.”

Make sure you tune in to UFC Fight Island 3 on ESPN and ESPN+ at 5pm ET/2pm PT to watch Dalby face Ronson on the event’s prelims.