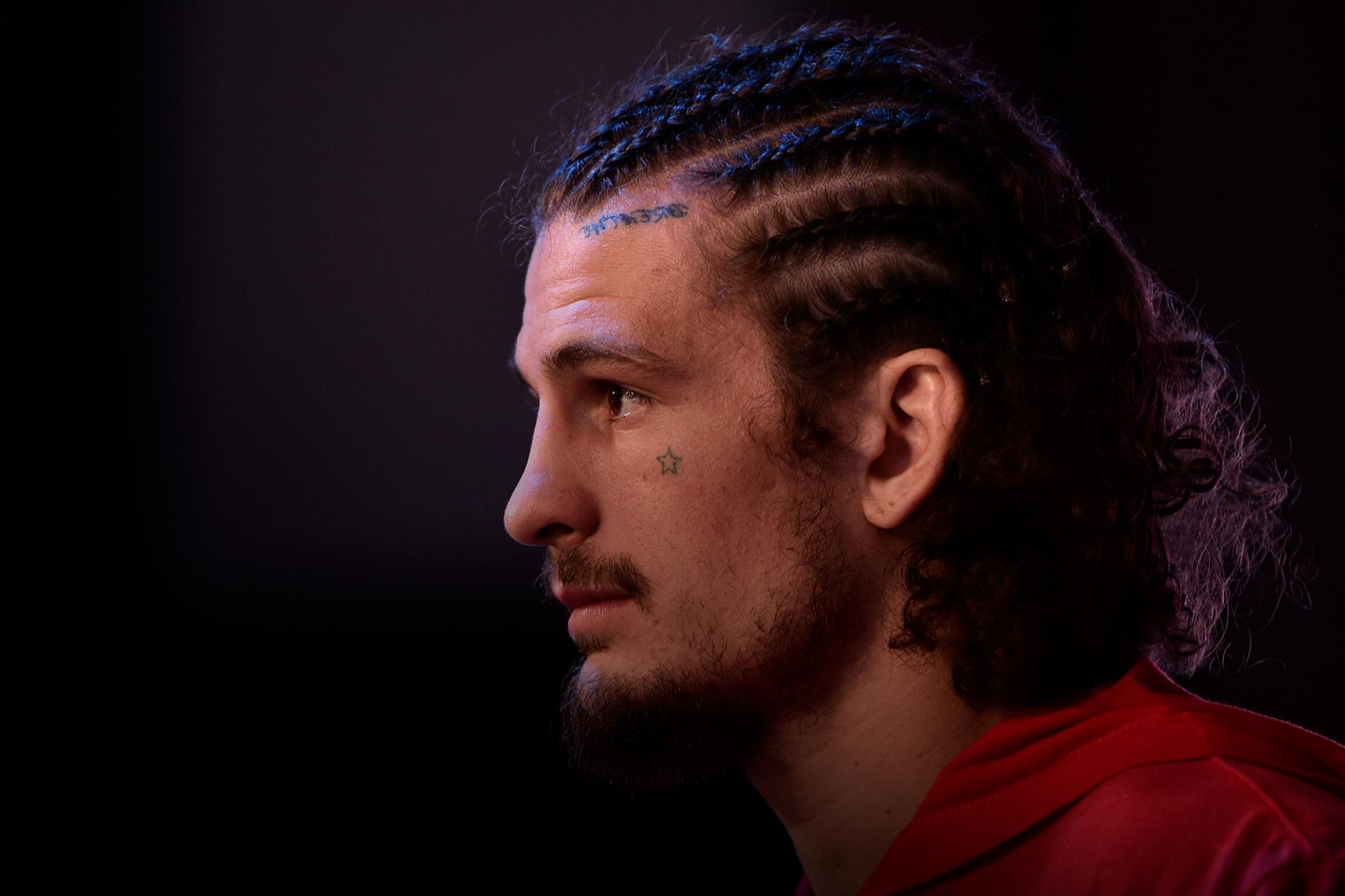 Sean O’Malley Is Eager To Add To His Highlight Reel

Kept out of the Octagon for the last two years, Sean O'Malley can't wait to show how much he has grown.
By Zac Pacleb, on Twitter @ZacPacleb • Feb. 14, 2020

An 18-year-old Sean O’Malley was on his way back to Montana “pretty much crying.”

Tim Welch had invited O’Malley to train at The MMA Lab in Phoenix after watching one of his fights in Montana. The next day, O’Malley booked a flight, went to the gym and, to put it lightly, things did not go all too well.

Instead of a setback, that beating prompted O’Malley to save up a couple thousand dollars and move his life down to the desert, and he’s been there ever since. The relocation was well worth it. At 23 years old, O’Malley had a 10-0 professional record, including seven finishes, two UFC wins and was coming off a Fight of the Night victory despite injuring his foot in the bout. 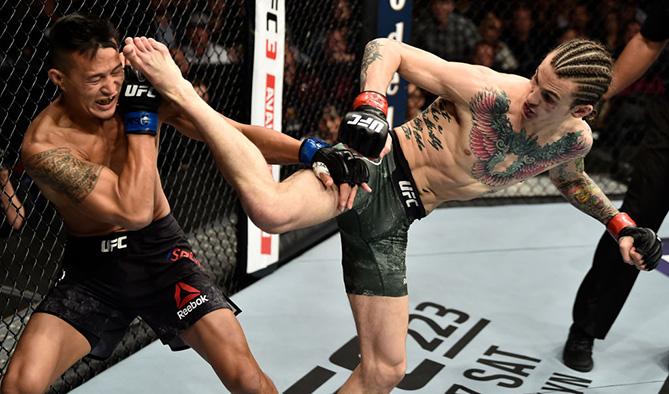 What seemed like a sure-handed rapid ascension came to a halt when O’Malley was pulled from a scheduled bout against Jose Quinonez at UFC 229 due to a potential Anti-Doping Policy violation, for which he was suspended six months. A hip surgery followed, as did a second six-month suspension that forced a scratched matchup with Marlon Vera at UFC 239.

Going from a rising, undefeated star to a pair of suspensions and a pair of surgeries, O’Malley said there was a certain amount of “depression” and “anxiety” to work through while he was out of action. While he still carries some frustration regarding the circumstances around the suspension, he does try to spin the situation in a positive manner.

“(People) get sentenced for stuff they have never done, and that’s how I feel, in a way,” he said. “But it’s so much smaller than stuff like that. I have food. I have water. I have shelter. So, my life is still really good; I just have to make sure I keep that perspective that it could be a lot worse.”

He added that the time off allowed him to allow lingering injuries to fully heal, as well as work on his skillset. His coach at The MMA Lab, John Crouch, has been particularly impressed with how O’Malley handled the layoff.

“I’ve seen a really strong man,” Crouch said. “He’s steadfast in his belief. He hasn’t let it get him down. He’s seen the positive of it as a good chance for him to get better.”

Part of that improvement lies in O’Malley’s taking to Brazilian jiu-jitsu.

As he started taking kickboxing classes as a teenager, he remembers seeing the preceding jiu-jitsu classes rolling in their gis and not wanting any part of it. In fact, he admitted he didn’t really want to get into mixed martial arts because he didn’t want to learn jiu-jitsu.

“It’s funny looking back now because I love jiu-jitsu,” he said. “If I had to go pick what I’m going to go do that day, I’d go do jiu-jitsu. Competition rolls, live from your feet grappling, that, to me, is the best sport in the world.” 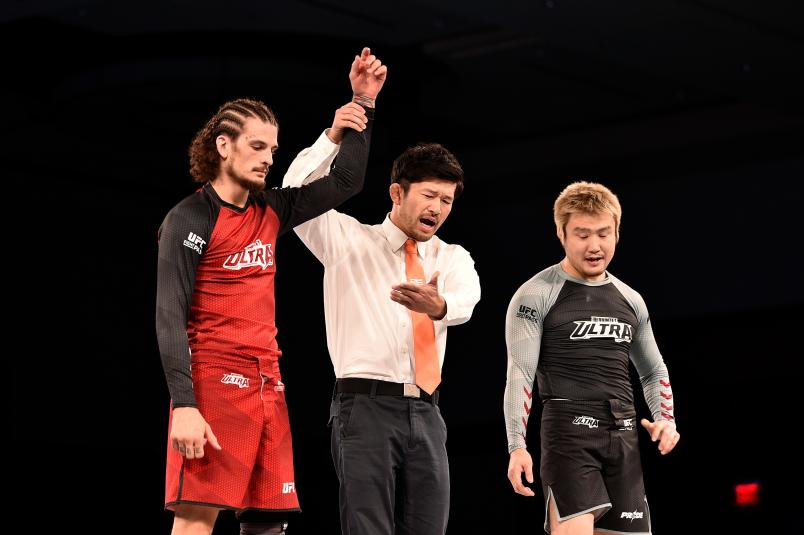 O’Malley, a purple belt, heaps praise onto Augusto Mendes, the 2013 IBJJF World and two-time IBJJF World No-Gi champion, affectionally calling him “the GOAT.” It’s gotten to the point that O’Malley says he spent the last two years dedicating his entire life to “real jiu-jitsu, not so much MMA jiu-jitsu.”

“(Mendes) shows me something, (and) that works,” O’Malley said. “Whatever he shows me, it works. If me and him go do competition rolls, and we’re doing five, 10-minute rounds, and I get to go with him twice, after each one of those rounds, he’ll tell me one thing I could do better, and it can change my entire game. I’m so lucky to be able to train with him.”

O’Malley doubled down on this when he participated in the Quintet Ultra tournament in December 2019, submitting Takanori Gomi and battling to a draw with Gilbert Melendez to help Team UFC win the tournament. It was a testament to the growth he made in that aspect of MMA, and when O’Malley trains back at The MMA Lab, he credits Crouch with having “a really good eye” for finding what works and translates in the Octagon.

Speaking of the Octagon, O’Malley is due to make that fight with Quinonez at UFC 248, almost two full years since his last foray into to the cage. Although this detour wasn’t in the cards, it wasn’t a career-derailing trial for O’Malley, and it was certainly far less difficult than the 10-day beating he took as just an 18-year-old from Montana.

Back then, he bit down on the proverbial mouthpiece, and “The Suga Show” found its way to the UFC. Now, after a short hiatus, the show is back, potentially with even more dynamism than before.

“This is my life,” O’Malley said. “I do this because I enjoy it, so not being able to fight in two years, it does suck because obviously you don’t get paid. I’m not building my highlight reels that I want, but I’m 25, so I still got a while in this sport.”