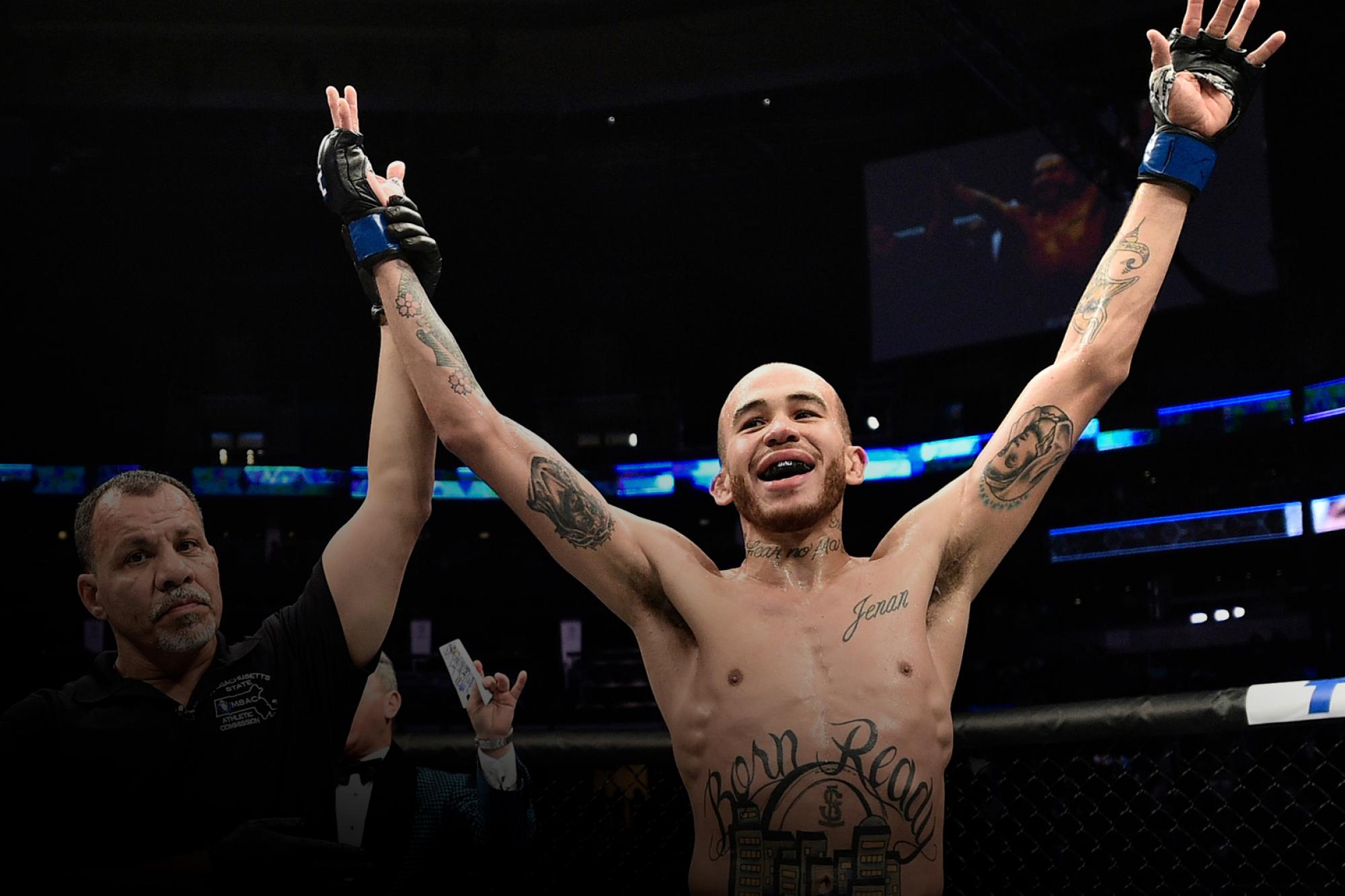 Sean Woodson Has Been Grinding For Years

While the Contender Series alum is still young in his MMA career, he's always been around the fight game.
By Thomas Gerbasi, on Twitter @tgerbasi • Jun. 25, 2020

Looks are often deceiving, especially on a professional fight record. No one is more aware of this than Sean Woodson, who knows that each time he steps into the Octagon, it’s likely that his record will pale in comparison to that of his opponent.

It happened in his UFC debut last October against Kyle Bochniak. It was going to be the same story when he was slated to face Canada’s Kyle Nelson this weekend, and it’s the case when he meets Nelson’s replacement, Julian Erosa.

Not that it bothers the 7-0 Woodson. 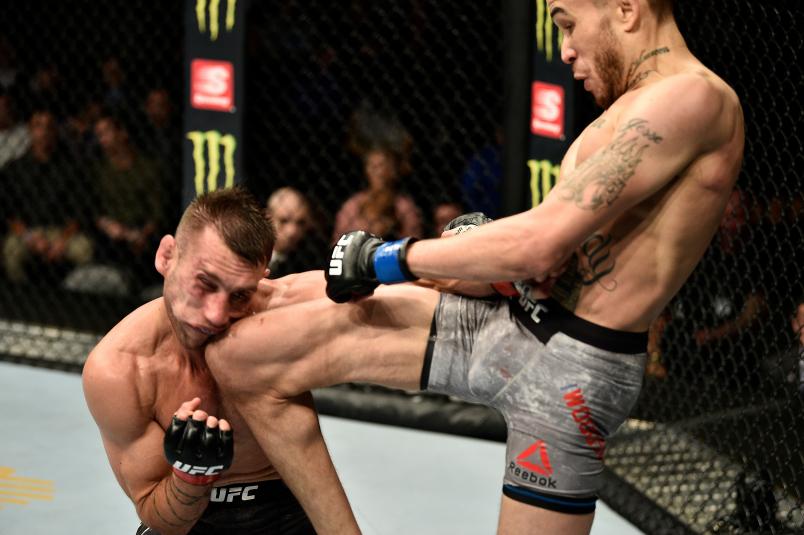 Erosa, at 22-9, may be Woodson’s most experienced foe when it comes to pro MMA, but when you mix his early start with his talent, it levels the playing field a bit. For proof, look at the fight with Bochniak, which took place in his opponent’s hometown of Boston on a high-profile ESPN card. Woodson was like a seasoned veteran in his UFC debut, and the proof was in the shutout decision he scored over “Crash.”

“No such thing,” said Woodson of the nerves that have ruined the debuts of more than a few fighters over the years. “I think guys just use that as an excuse in case they don't perform well or don't fight how they should.”

That’s not to say the idea of getting taken down by the moment didn’t cross his mind, but as soon as it was time to make the walk, he was all good.

“Leading up to it, I thought it might be a possibility that I make this walk and the lights and the whole big event might get to me,” he said. “But the moment I started walking, I was just so happy and relieved that that wasn't the case. I felt right at home and I was comfortable and wasn't nervous at all. It's probably the least nervous I've even been for a fight, to be honest. Going into all my other fights, you kind of get the nerves that if you do lose this fight that it will set you back and postpone your trip to the big show. But once I got to the big stage, I felt right at home.” 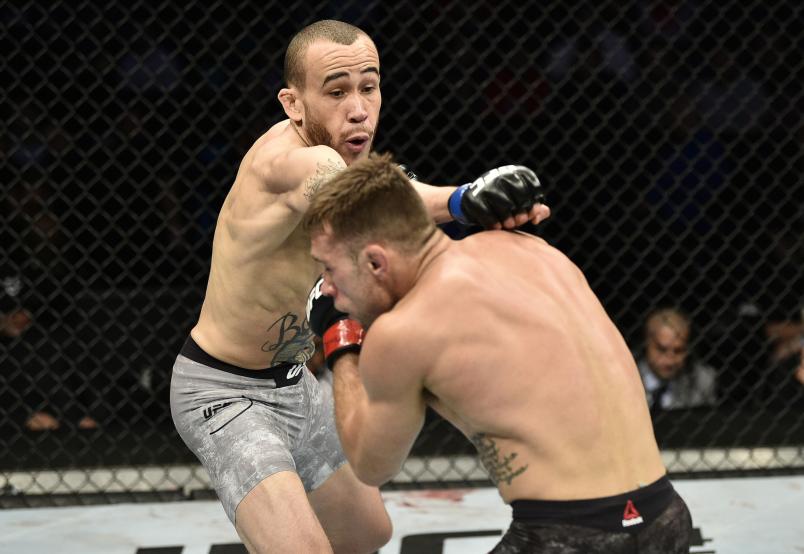 It's an accurate assessment of life on the regional scene, where one loss can turn a prospect into a question mark, prompting a return almost to square one to start building momentum and a winning streak again. Woodson has never had that issue, as he’s perfect as a pro, but when he got the call to meet Terrance McKinney on last summer’s Contender Series, there were several options. An impressive win could earn him a UFC contract, an average victory could send him back to the regional circuit, and a loss would really put a dent in his plans to compete in the big show.

But Woodson delivered, knocking out McKinney and getting that UFC deal. Less than three months after that July win, he was impressing in his debut against Bochniak. Now he’s back, attempting to turn 7-0 into 8-0. Some would call that an overnight success. The 28-year-old Woodson wouldn’t.

“People don't know the half of it,” he said. “They have no idea. I'm an overnight success 15 years in the making. (Laughs) It's overnight that now you're hearing about me, but I've been grinding in the shadows for a lot of years.”