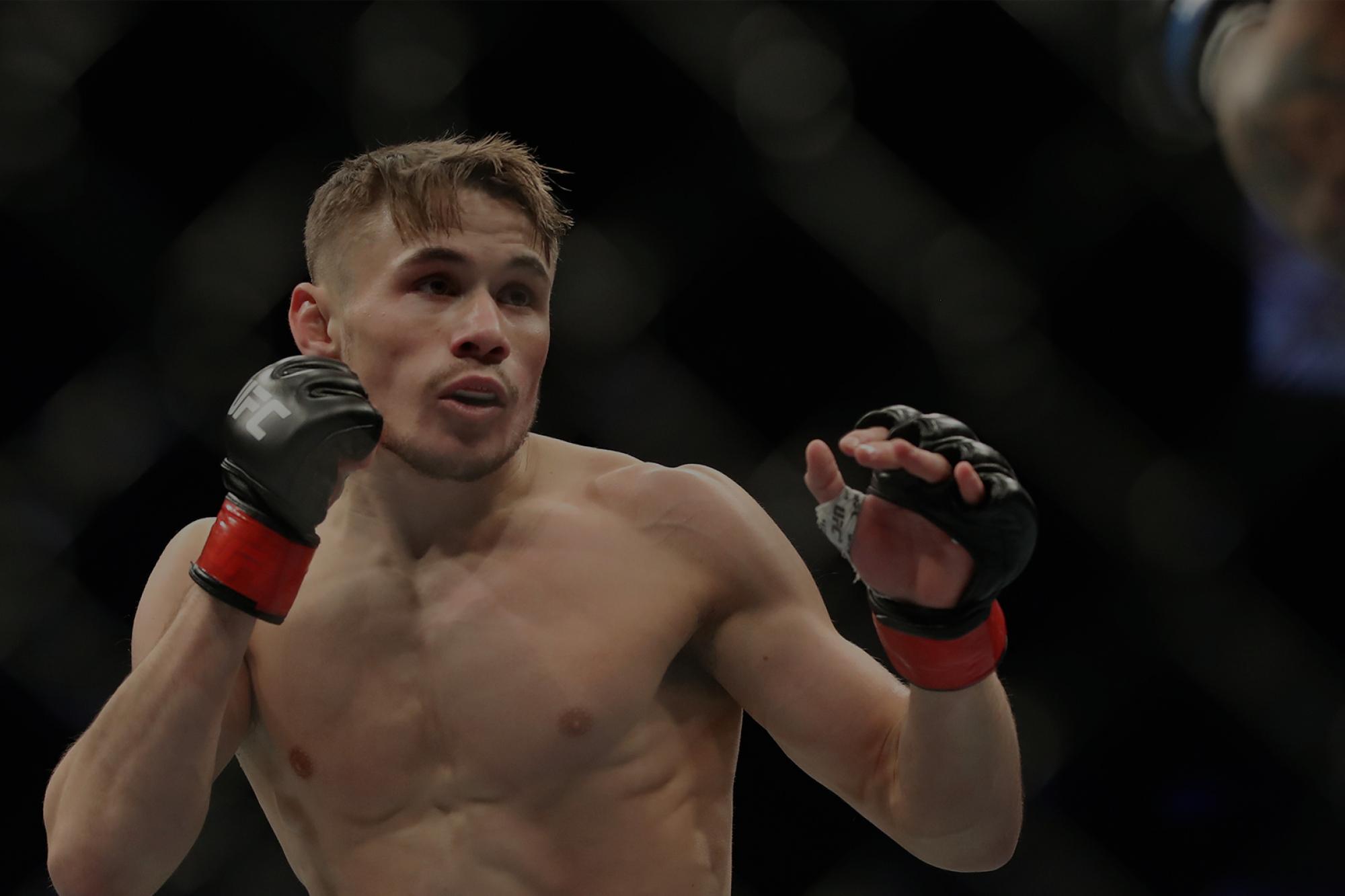 It wasn’t a spectacular win for Walt Harris in UFC 232 prelim action at The Forum in Inglewood Saturday night, but it was the biggest of the heavyweight prospect’s career, as he scored a three-round split decision over former world champion Andrei Arlovski.

Harris (12-7) had a strong opening round, consistently beating Arlovski to the punch, but “The Pit Bull” took the shots well and kept moving forward.

After a brief halt to the action due to an eye poke by Harris, Arlovski (27-18, 1 NC) found himself taken down in the second minute of round two, but he got back to his feet quickly. And while the pace dipped in the middle five minutes, this allowed Arlovski to get back into the fight heading into the final frame.

The boo birds came out in the third as Arlovski and Harris spent more time feinting than throwing, but a hard left down the middle by “The Big Ticket” may have been enough for him to take the round and secure the victory by scores of 29-28, 29-28 and 27-30.

It probably wasn’t the way Megan Anderson wanted to get her first UFC victory, but the former Invicta FC featherweight champion will take it, as she halted Cat Zingano in the first round.

What was shaping up to be an interesting fight ended bizarrely when Anderson clipped Zingano with a high kick that landed right in the former bantamweight title challenger’s eye. Zingano, her eyelid cut, turned her back and moved to the cage, prompting referee Marc Goddard to stop the fight at 1:01 of the first round.

The first round was competitive throughout, but it was Yan in control with both his striking and a late takedown, as he never let Silva de Andrade get close enough to do consistent damage.

Matters got worse for the Brazilian in round two, with Yan adding some ground-and-pound to his attack, bloodying Silva de Andrade with an elbow in the process of a dominant effort. When the round was over Silva de Andrade’s corner had seen enough, halting the bout.

Fighting for the first time in over two years, Ryan Hall became the first man to submit BJ Penn, finishing the UFC Hall of Famer in the opening round of their lightweight bout.

Penn looked comfortable back at 155 pounds, and he did his best to keep it on the feet with Hall, but Hall’s intentions were clear and he would take any means to get hold of “The Prodigy.” Midway through the opening round, he found his chance, rolling into a heel hook that forced Penn to tap out at the 2:46 mark.

In a clash of bantamweight up and comers, Nathaniel Wood moved to 2-0 in the Octagon with a third-round submission win over Andre Ewell.

Wood rocked and dropped Ewell in the second minute of the first round, but the Californian recovered quickly and bounced back to his feet. Wood continued to be a step ahead of Ewell though, and he stayed in the lead with effective ground-and-pound work in the second. In the third, Wood again dominated on the mat, and a rear naked choke ended the bout, with the tap out coming at 4:12 of round three.

Lewis got his UFC career off to a fast start as he put it on Hall with an array of punches, elbows and kicks. The veteran Hall shook off the early adversity and the pace slowed, but it was still an impressive round for the newcomer, and Lewis continued to add to his lead in round two. But in the third, Hall changed everything with a single right hand that dropped Lewis and brought in referee Marc Goddard to stop the bout at the 1:32 mark.

Curtis Millender continued to impress in welterweight action, moving to 3-0 in the Octagon with a three-round unanimous decision victory over Siyar Bahadurzada.

Millender had a solid first round, using his reach to land kicks from long-range and keep the veteran at bay. Bahadurzada got a few punches in on his foe, but it wasn’t enough to hold Millender off.

Bahadurzada started fast in round two, and while Millender stayed cool under pressure, Bahadurzada added a takedown to the mix with 1:45, changing the complexion of the bout for a spell. But Millender got back in front in the third round, stunning Bahadurzada a minute into the final frame and continuing to do so for the next 30 seconds until the bloodied Afghanistan native got two much needed takedowns. Millender got back up and was able to get loose with 90 seconds left, and he was even able to scramble his way to the top position when the two went to the mat in the closing seconds.

Bantamweight prospect Montel Jackson earned his first UFC win in the opener, as he submitted Brian Kelleher in the first round.

Jackson kept Kelleher on the end of his strikes early on, but when the New Yorker got inside, “Qwik” was even more effective, as a right elbow to the head stunned Kelleher and forced him to look for a takedown. This was no problem for Jackson, who sunk in a D’Arce choke that forced Kelleher to tap out at 1:40 of the opening round.