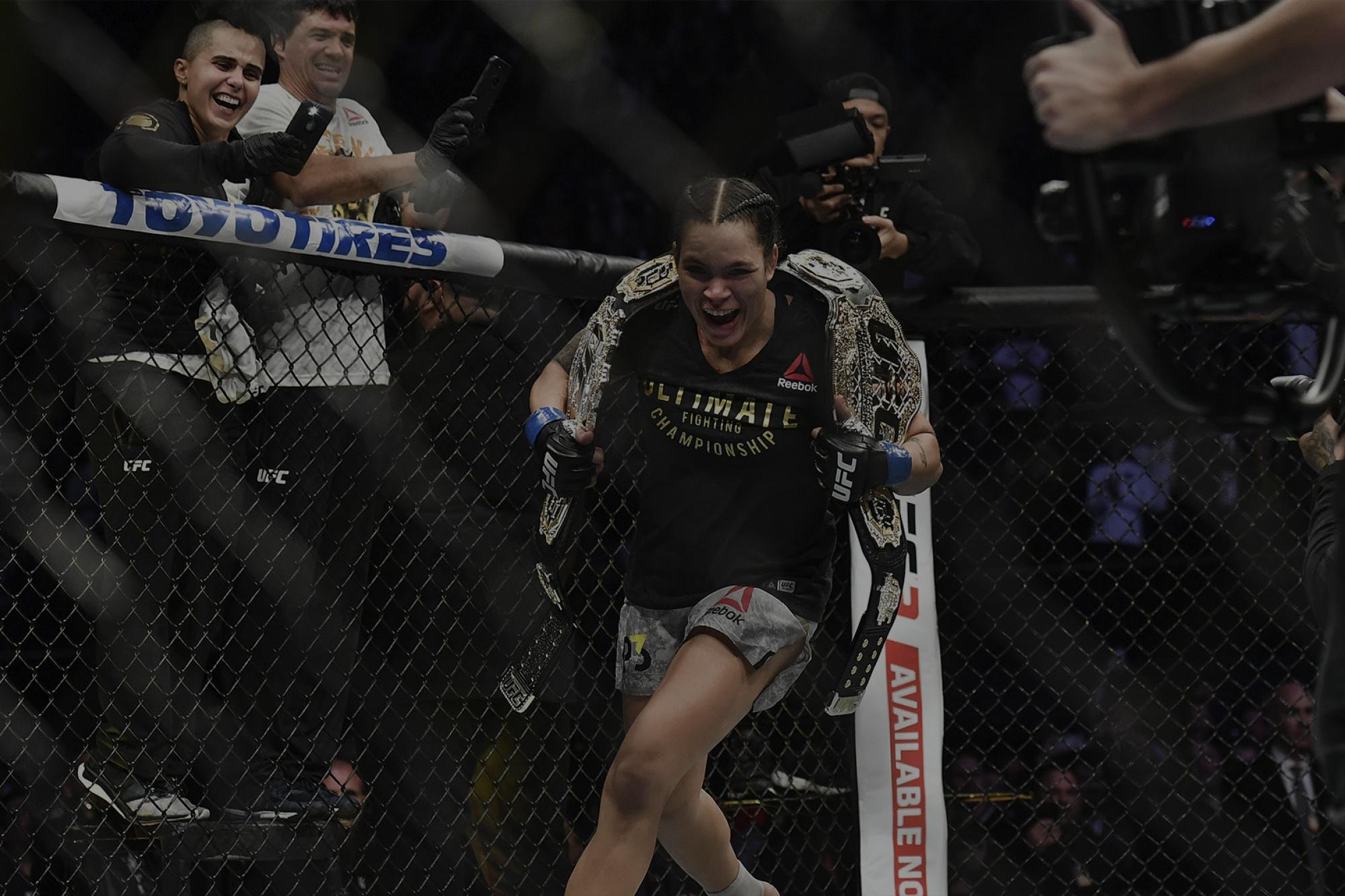 Saturday’s UFC 232 event is in the books, and now that the dust has settled in Los Angeles, it’s time to go to the scorecard to see who the big winners were at The Forum.

1 – Amanda Nunes
I hate trying to evaluate a fighter’s career while they’re still fighting, but after Amanda Nunes’ blistering 51-second knockout of Cris Cyborg in the UFC 232 co-main event, there really isn’t a strong argument against her already being called the greatest female fighter in MMA history. And frankly, while the finishes and the excitement she brings to the Octagon are all factors in any discussion like this, Nunes’ greatness all comes down to her level of competition. And that’s untouchable, as she has now defeated five current, former or future world champions (Cyborg, Valentina Shevchenko, Ronda Rousey, Miesha Tate and Germaine de Randamie). And the champ-champ is only 30 years old, too, so that resume will only grow in the coming years. GOAT? Oh yeah.

2 – Jon Jones
After a turbulent 16 months away from the game, Jon Jones regained his UFC light heavyweight title by earning a second victory over Alexander Gustafsson. That’s the nuts and bolts of the situation. What’s more important now is what happens next for “Bones.” And all signs point to a third bout with Daniel Cormier, one that could very well be the biggest fight in UFC history. Just getting back to this point is a win for Jones, who now has another chance to make his case as the best fighter to ever strap on the four-ounce gloves.

3 – Alexander Volkanovski
A 15-fight winning streak is nothing to scoff at. But there were still those who wondered if Alexander Volkanovski was biting off more than he could chew by taking on two-time world title challenger Chad Mendes on Saturday. Well, that 15-fight winning streak turned to 16 in Los Angeles, and with his Fight of the Night finish of Mendes, the Aussie standout has to now be on the shortlist for a shot at featherweight boss Max Holloway. Yeah, Alexander “The Great” was right all along.

4 – Michael Chiesa
When I spoke to Michael Chiesa before his Saturday win over Carlos Condit, he reeled off the names of the fighters who found out that lighter isn’t necessarily better in the world of mixed martial arts. Gastelum. Whittaker. Poirier. Santos. Add Chiesa to that list, as he looked stronger, more relaxed and simply better in his first bout at welterweight. And though there were dicey moments, you expect that when you’re fighting one of the best 170-pounders of this era. And Chiesa kept his cool, implemented his gameplan and got the finish. Chiesa vs Neil Magny in 2019? Now that’s a fun fight.

5 – Corey Anderson
Growing up in public is never an easy thing. But those who survive those trials and tribulations are often the ones we’re talking about for years to come. Corey Anderson is turning into one of those folks. Following a 1-3 stretch in 2016-17 that included knockout losses to Jimi Manuwa and Ovince Saint Preux, Anderson has won three in a row. And considering that the two most recent victories have come over top contenders Glover Teixeria and Ilir Latifi, it’s clear that it’s time for “Overtime.”