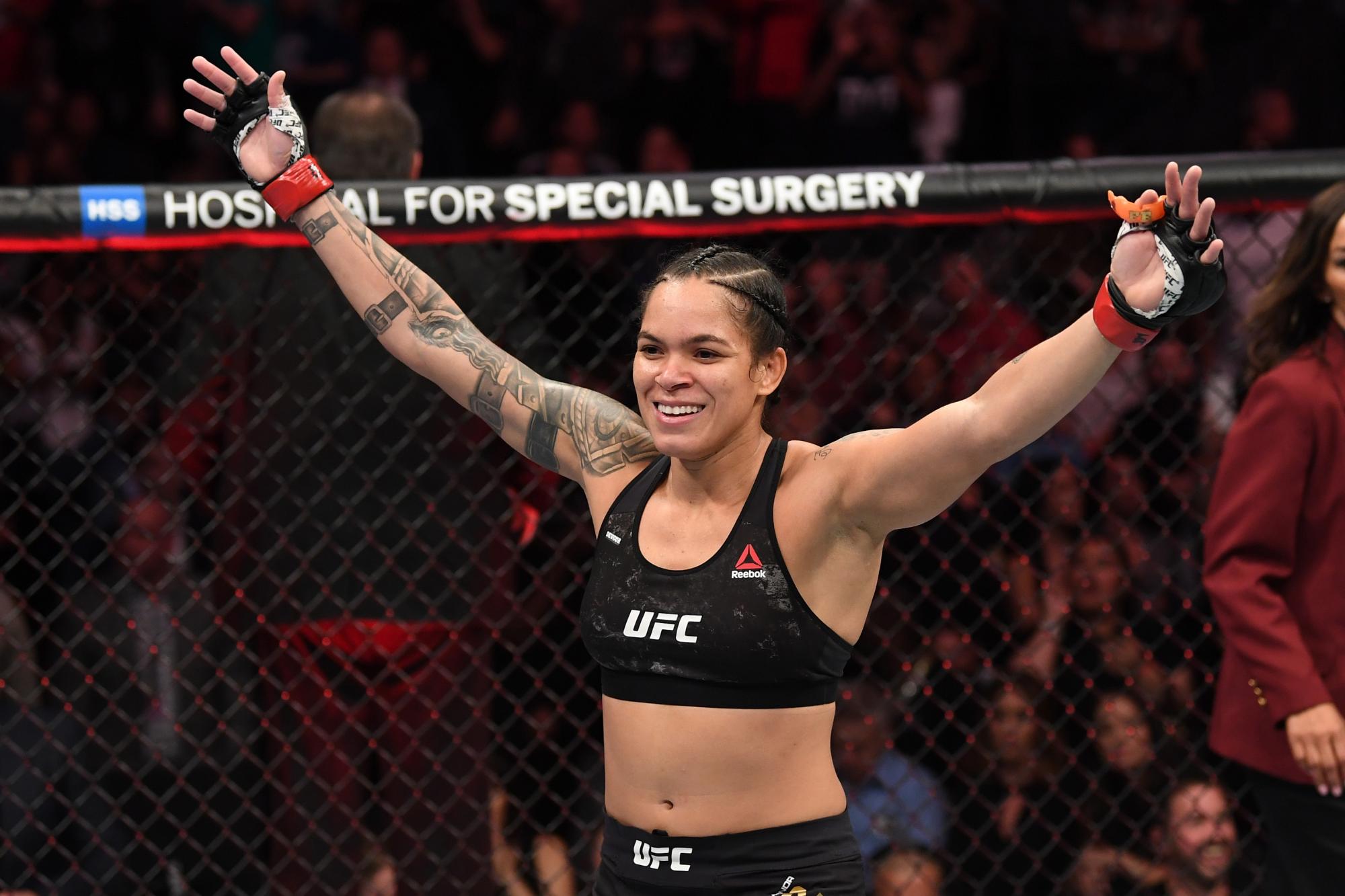 The Talking Points and Bonus Winners of UFC 239
By Steve Latrell • Jul. 7, 2019
Performance of the Night
Amanda Nunes

Going into Saturday night, there was only one former women’s bantamweight champion that Amanda Nunes hadn’t defeated, but as Saturday morphed into Sunday, she had crossed Holly Holm off her bucket list, too.

With a head kick heard ‘round the world, Amanda Nunes further cemented her legacy as the greatest female mixed martial artist of all time.

“This feels amazing. People say what happens in Vegas stays in Vegas, but this belt is going home with me. During my warmup, I knew I was going to get her. I told my coaches I wanted to knock her out the same way she knocks people out. I did it tonight. She was the only former champion I didn’t beat yet. Now, I beat her and I’m very happy.”

Performance of the Night
Jan Blachowicz

On the way to being a mainstay in the light heavyweight Top 10, Jan Blachowicz has put on any number of memorable performances. But he may have done his best work to date in halting Luke Rockhold on the UFC 239 main card.

“Trash talk doesn’t work on me. I have the legendary Polish power and I’m proud of it. I saw that left hook in my dreams. I saw It when I visualized the fight. I don’t know how many times I watched his fight with Michael Bisping, but I knew I would finish him similarly. I don’t believe it yet, but I feel great.”

Fast finishers like to use the cliché “don’t blink or you’ll miss it.” This was one of those special nights where the hyperbole was the same as the truth. As the bout between Ben Askren and Jorge Masvidal began, this writer stood up briefly to grab a drink of water. This was my mistake, because as I returned to my seat, the entire fight was already over.

As luck would have it, I was able to see the fight at least 5 more times in the next 30 seconds. Five seconds was all Masvidal needed on his way to claiming the fastest knockout in UFC history.

“I really wanted to beat him up for 14 minutes and 30 seconds before ending him, but it didn’t happen. Now it’s back to business. I have nothing nice to say about him. He was talking wild and I had to show him there are consequences. You’re welcome for ending that dude.”

Performance of the Night
Song Yadong

With coach Urijah Faber proudly looking on, Song Yadong continued his undefeated ascension in the UFC with a perfectly executed right hand KO of bantamweight contender Alejandro Perez. Curious eyes will be on the rankings in the coming days to see if there will be a number next to the rising Chinese star’s name.

“I was practicing that punch,” he said via a translator. “My coach made that call for me to train that specific technique. I was prepared to fight all three rounds. I didn’t expect to finish the fight so fast. I’m very happy with the win. I want to fight a top 10 opponent next.”

Once again showing that he prefers to get his work done early, Edmen Shahbazyan used only 1:12 of the first round to submit the perennially tough Jack Marshman. In a 10-0 pro career, the young Californian has only been out of the first round one time, the same fight that marking his only decision to date. A ranked opponent looks to be on the horizon.

If we’re unfortunate enough to never see Gilbert Melendez in the Octagon again, it will be surging young Arnold Allen that sent him packing. The fight went to a decision, but it was never close as the speedy hands of Allen could pick and choose their favorite shots throughout the entire three rounds. The 25 year-old Brit remains undefeated in his UFC run and has his fingers crossed to break into the Top 15 with his dominant Vegas effort.